“The rest of mankind who were not killed by these plagues still did not repent of the work of their hands; they did not stop worshiping demons, and idols of gold, silver, bronze, stone and wood – idols that cannot see or hear or walk.” Revelation 9:20

Chapter 8 begins with the seventh seal and ends with the first four trumpets and in chapter 9 we see the 5th and 6th trumpet judgments. It is important to note that the prayers of God’s people are poured out to Him right before the angels sound their trumpets in judgment. Another important thing to note is that the trumpet judgments are not chronologically after the seal judgments, they are progressively parallel, and all the judgments (seals, trumpets, and bowls) occur between the first and second advent of Jesus.

Sadly, even after given time to repent, the end of chapter 9 shows us that those who were not killed by the plagues still would not repent of their idolatry or rebellion against the Lamb. God’s judgment against them simply hardens their hearts further toward Jesus.

“In the first four trumpet judgments we see clear parallels with the plagues of Egypt, and this exodus typology clearly demonstrates three realities. First, through the plague judgments God is demonstrating that he is Lord over creation and human history and will reign victoriously over every competing god or idol. Second, God responds to the cries of his people by punishing wickedness, but he does so in a manner that allows for unbelievers to repent. Third, the plague judgments also serve as a prelude to God’s deliverance of his people.”24

“God’s judgments are not handed out arbitrarily or frivolously but are poured out on those who stubbornly refuse to repent. Such people have repeatedly rejected God’s gracious overtures and have preferred instead gods of their own making. The message of the sixth trumpet also affirms the depths and deadliness of human sin.”25

“The last three trumpets are woes to come on ‘those who dwell on the earth.’ Whereas the first four affected the spheres surrounding and supporting human life, the last three will target rebellious humanity directly.”26

“The general meaning of these trumpets is clear. Throughout this entire period, extending from the first to the second coming, our exalted Lord Jesus Christ, who rules all things in accordance with the scroll of God’s decree, will again and again punish the persecutors of the church by inflicting upon them disasters in every sphere of life, both physical and spiritual…Yet, in spite of all these warning voices, mankind in general does not repent…The persecuting world becomes the impenitent world. It is the impenitence that brings about not only the outpouring of the bowls of final wrath but also the culmination of this wrath in the final judgment.”27

Spend some time praying for those in your life who have not submitted to the Lordship of Jesus and experienced His deliverance from judgment.

Reflect on the fact that just as God delivered Israel from the hands of the Egyptians, He is judging those who come against His covenant people and the message that we proclaim and that He hears, sees, and cares about those who suffer for His name’s sake.

24 & 25 Duvall, J. Scott. Revelation
26 Johnson, Dennis E. Triumph of the Lamb: A Commentary on Revelation
27 Hendriksen, William. More than Conquerors: An Interpretation of the Book of Revelation 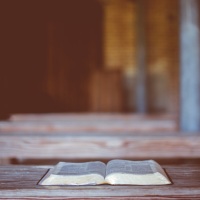 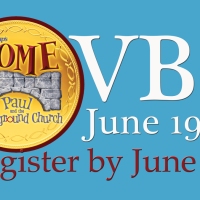